Brighton brought Arsenal’s Premier League winning run to a halt as the teams played out an uninspiring 0-0 draw at a rain-drenched Amex Stadium on Saturday.

Albion fans will be encouraged as their team climbed to fifth, two points behind leaders Chelsea, while Arsenal moved up to ninth.

The Seagulls had previously made their best start to a Premier League campaign after winning four of their opening five games and hosted the Gunners while above them in the table for the first time since 1982.

But Arsenal had won their last four matches in all competitions after their worst start to a league campaign for 67 years and started brightly.

Bukayo Saka threatened in the first minute, embarking on a mazy run and working Robert Sanchez, but Arsenal faded in a half Brighton dominated.

Leandro Trossard flashed a shot wide after beating the offside trap and cutting inside from the right.

Pierre-Emerick Aubameyang hit the post with a header in the 23rd minute but the more energetic hosts continued to impress.

Trossard went close again in the first half as his deflected shot narrowly cleared the crossbar following Adam Lallana’s cross.

Emile Smith Rowe had Arsenal’s clearest chance in the second half after being released by Thomas Partey but ignored teammate Saka and fired straight at Sanchez from a tight angle.

Marc Cucurella forced Ramsdale into an awkward save in the 81st minute as the ball skimmed the slick turf and bounced right in front of Arsenal’s goalkeeper.

Ramsdale intervened again to deny Maupay a tap-in following Solly March’s header across goal, while Shane Duffy went close with a header from a corner, but neither team could find a way through. 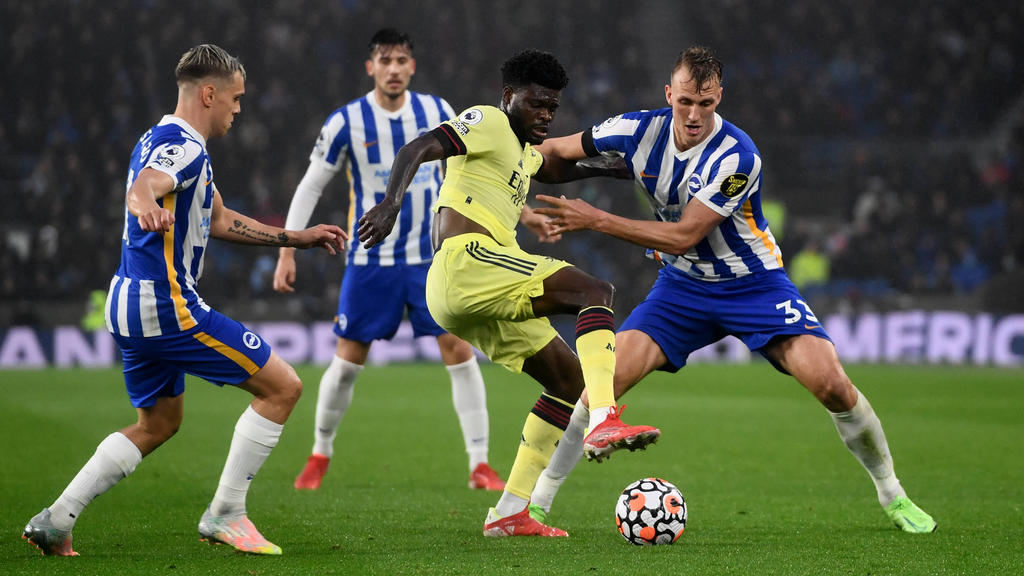