Harry Kane called on Tottenham to show the consistency needed to qualify for next season’s Champions League after scoring twice in a stunning 3-2 win at Premier League leaders Manchester City on Saturday.

Kane’s 95th minute header ended a 15-game unbeaten run in the league for the side he wanted to join last summer.

City’s defeat blows the title race back open with Liverpool lurking six points behind and having a game in hand to come.

But it was also a huge three points in Tottenham’s quest for the top four after three consecutive defeats left manager Antonio Conte questioning the quality of his squad.

“It was three losses in a row and we had to find a way of getting our season back on track. To get the result we did was really, really special,” Kane told Sky Sports.

Spurs move up to seventh, still four points adrift of fourth-placed Manchester United but with two games in hand.

“We have high standards of ourselves and we’ve got ourselves in a position where we can really fight for the top four,” added Kane.

“Football’s about bouncing back. We can’t get too high or too low. The performance today shows we’re fighting to the end. Hopefully we can use it as momentum going forward.

“We probably have to learn how to be more consistent in a long season. To be in the top four, it has to be on a consistent basis. We’ve got Burnley in midweek – they’re fighting for their lives so we know it’ll be a tough one.”

Two of City’s three league defeats this season have now come against Spurs.

Son Heung-min scored the winner when the sides met in August – a match Kane missed in the aftermath of making his desire to join City clear to the club’s senior management.

Kane had scored just one league goal until mid-December but now has six in his last nine appearances.

“I was really sad at the start of the season when he didn’t score goals but he was working hard for the team,” said Son. 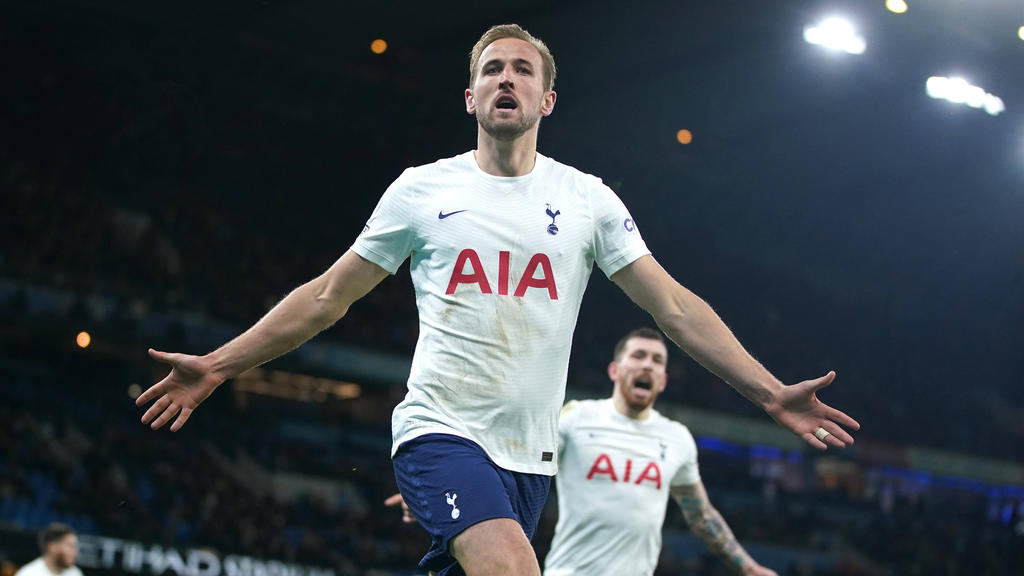